We don’t want to give the impression Amsterdam is a city of rip-offs. To the contrary, we find most of the coffeeshops to be run by a friendly honest bunch. It is a cottage industry. Shops are largely owned and operated by fellow smokers, most of whom seem to care about what they do. They look for and sell quality. That stated, this is a business too. And in business, it is rarely all roses (even in the Flower business). Some less scrupulous or interested shop owners have been using certain shady tactics to squeeze some extra money out of this competitive market. Usually, these little transgressions are to the great detriment of the consumer. Being an independent website, AmsterdamCoffeeshops.com is free to report on both the good and bad of Amsterdam. The following list discloses some of the dishonest dealings we’ve encountered over the years. 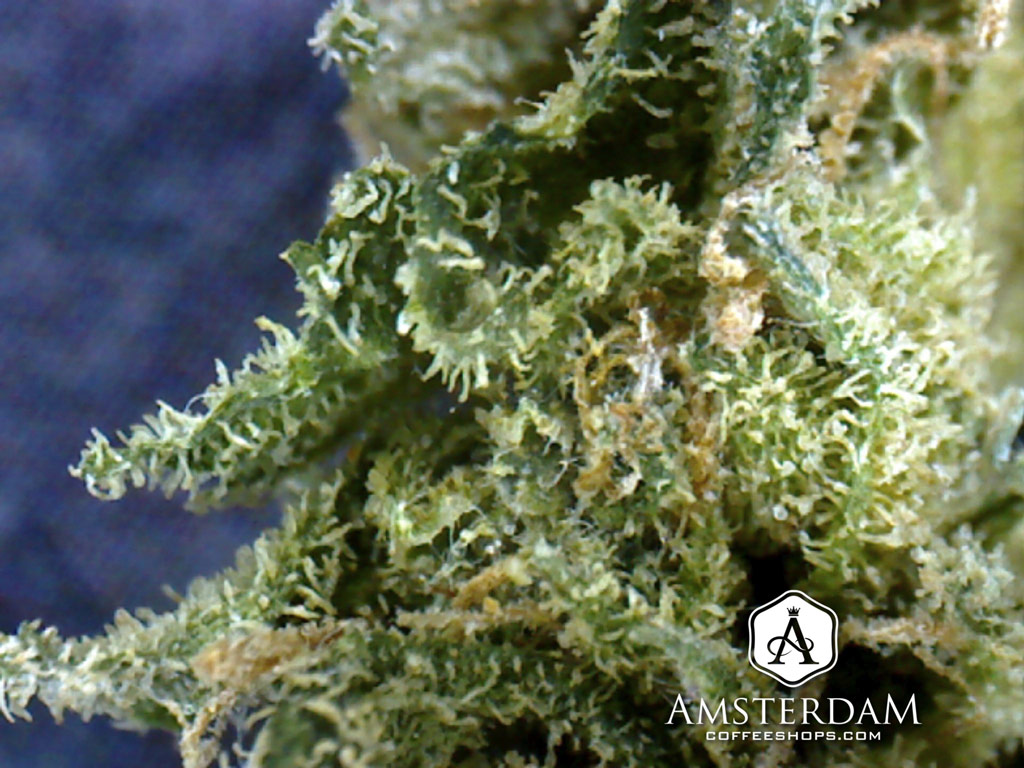 This first one doesn’t happen too often. But when it does, it irks us. I mean, it really gets under our skin. Skuffed weed is cannabis flower that has been run through a sifter to remove many of the precious THC-laden trichomes that provide the plant’s flavor and medicinal value. This is how hashish is made. The trichomes are removed and pressed. However, the producers usually discard the scraped weed after. They dont try to sell it to you as top shelf cannabis.

You really can’t see trichomes unless you are looking though a microscope. Few customers to a coffeeshop do, and most shops don’t provide them. Knowing this, some shops try to get away with making hash from your buds first. The feature photo to this article came from a visit to a shop on the then 2016-closing list. I guess they figured, “Fuck it. We are closing anyway.” Their UK Cheese strain was heavily molested, leaving few intact trichomes for our enjoyment. It was not smokable.

The first time we noticed this we were at a shop near Nieuwmarkt, a popular tourist destination. We were there picking up something else, but the budtender wanted us to take a sniff of this new “Sour Candy Apple” strain. It was amazingly pungent. A quick wave of the bag under our noses, and our interest was piqued. We came back the next day to try this strain. When we got back to the apartment to inspect it more closely, we immediately realized something was wrong. It was as if we stuck our noses in a bag of Jolly Ranchers. No weed was THIS strong smelling!

Very quickly we figured out what was going on. The shop had taken mediocre weed and applied sour apple tobacco flavoring drops to it. We felt swindled, frankly. The weed was nothing special at all, and we were now expected to (unknowingly) ingest these flavor drops. Incidentally, there have had health concerns expressed about these types of flavors in the past (study here). Since then, the same incident repeated itself at several other shops. It seems the unusually pungent smelling treated weed strains are enticing more sales, and some owners are noticing. Don’t be fooled by this shady tactic.

When you order a pre-rolled joint, you are essentially telling the budtender that you are “new at this”. You haven’t learned to roll you own yet. Further, you are placing a lot of trust in them. You’re not going to see the weed before you light up. In short, Look, buying pre-rolled joints is an amateur move. And what do some shop owners do with this information? They pawn off the crappiest shake weed on their pre-rolls. We’ve even found some instances of shops using menthol tobacco as filler for “pure” joints! Look, not every shop tries to rip you off like this. In fact, most are very honest, and many have high quality pre-rolls. Still, generally speaking, the lowest quality stock has to go somewhere. Before it goes into the bin it usually gets rolled up for the amateurs. We advise you to stick with top rated shops; otherwise, learn to roll your own. Or simply buy a pipe. There are plenty of head shops in the ‘Dam.

Most coffeeshops sell some form of “Space Cake”, or marijuana-infused food. Some shops in Amsterdam actually specialize in these products. They have reputations for high quality THC-infused “edibles”. However, many other shops simply have space cakes on the menu because people look for them. They don’t want to lose a sale. And while some of these consumers are experienced connoisseurs of cannabis, many others are new to the substance… just testing the waters. They choose edibles because they fear smoking. It seems easier.

You can probably understand why ordering a space cake in Amsterdam can be a potential signal that you are an amateur. With this in mind, some shops pawn off low-potency treats simply because they want to make money, or think the newbie clients aren’t experienced enough for a strong head fuck than can sometimes come with a heavy oral dose of THC. They don’t want you getting sick in the shop, after all. What does this mean? In short, if you want value for your money and aren’t new to this, look for shops that focus on high potency/quality edibles. We wouldn’t advise buying a space cake just anywhere. You might walk away with a really weak, heavily overpriced brownie. 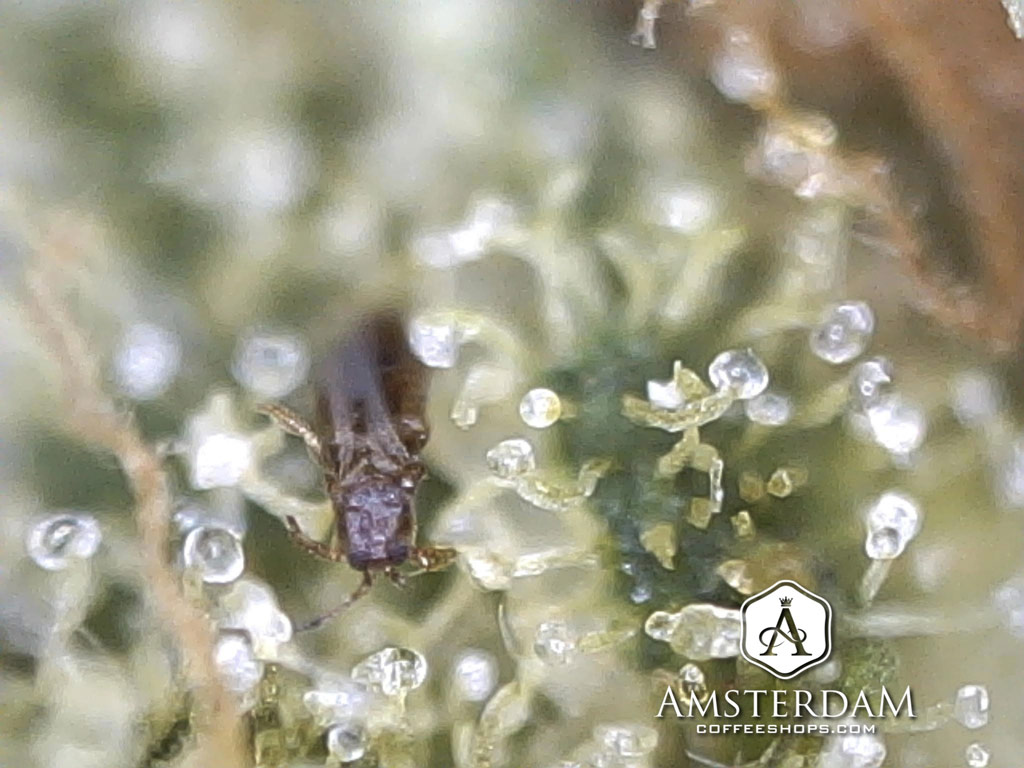 When the supply side of the cannabis market isn’t controlled, it in understandable that quality issues will arise. Plants are organic, and prone to bug infestation. Usually an experienced grower can control their environment, but not always. Sometimes crops are damaged, and the product potentially ruined. Well, that is, if you destroy infested weed. Sometimes it gets to market. You can see it under a microscope; bug excrement, or sometimes even dead bugs. This problem happens more often than the others on our list, and we view it as a more honest mistake. Still, quality cannabis shouldn’t be filled with bug poo. Incidentally, this has happened to us (on rare occasion) at some of the city’s top shops. 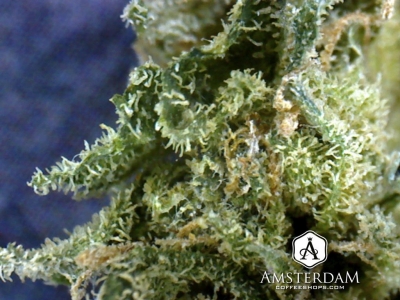