A letter was recently sent from Gerard Adriaan van der Steur, the Minister of Security and Justice in the Netherlands, to the president of the House of Representatives, which suggests a national wietpas, and by extensions an Amsterdam Wietpas, is unlikely. It reviews the effects of the nation’s coffeeshop policy over the last calendar year (2015). The findings were developed through analysis of data from national and regional police and Public Prosecutors, as well as interaction with experts from 31 municipalities. The letter is interesting, especially given that there has been some concern in recent years that the Dutch political climate is becoming more contentious and conservative against the coffeeshop industry. However, these effects have seemed to wane, as it appears has support in some areas of government. The reality is that the coffeeshops reduce crime and create a safer climate for the citizens of the Netherlands. Fears about the coffeeshop policy are just not supported by the findings, and this letter seems to clearly support it. In the letter, the Minister makes the following key observations:

The minister also recommended that local municipalities decide on the enactment of a residency requirement for coffeeshops. This was dubbed the wietpas, or “weed pass”. The wietpas policy has been highly controversial, as it would ban all foreigners from the businesses. It was enacted to combat issues in small border towns, which had become inundated from visitors from neighboring countries. To roughly translate the Minister’s statement, he believes that the goal of reducing nuisance could be best achieved if the arrangements are made locally. At one time, the wietpass was in danger of seriously threatening the Amsterdam tourism industry. Amsterdam refused to support it, however, given the city’s longstanding support and comfortable relationship with the coffeeshops, generally speaking. The deep financial impact this could have had on the city undoubtedly also played a role in this decision. The nation’s most popular tourist destination has never enacted a residency requirement for coffeeshops, and is unlikely to do so in the present political climate. Visitors to Amsterdam’s coffeeshop scene need not worry! 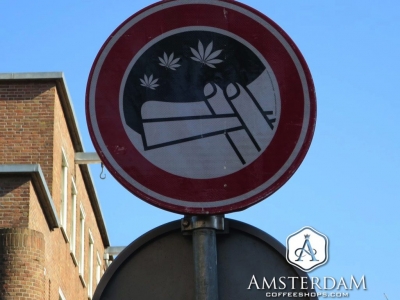