This is another pretty impressive strain from the gang over at Boerejongens West. Here’s what we thought of their Silver Cookie…

Hard to judge the looks of this one, it's a new product. It’s a pressed mix of Moroccan style Super Silver Haze Hash and the same Moroccan grown flower, formed into a cookie shape; hence the name. It’s a mix of greens, brown from the harsh and light and dark brown from where it’s pressed. Theres little hints of red and orange from the pistils. It also has that yellow blond hash running all the way through it. It breaks up really easy and crumbles a little bit, but it mostly holds its shape. There's the odd stem in there and it’s a little dry to the touch. It's also a bit waxy from the hash.

It’s got this really pleasent, zesty jiff lemon sort of smell. Creamy, lemon, floral and quite buttery as well. The taste is really quite nice. There's lots happening as I smoke it. The lemon zestiness comes through for sure. The hits are quite big and full, not quite a cool smoke. The taste is more rounded than some hashes, with a quite fatty, weedy finish.

It definitely works! Almost instant reaction with heavy eyes and warm ears. It's like a cerebral, front of the head type of buzz. Creative in smaller doses and it gave me quite a good appetite. The effect is long lasting, a good daytime smoke. The hits were a little bit harsh, maybe due to the flower being a bit dryer. It took my breath away sometimes.

It's an interesting new product. I smoke hash with weed all the time, so I don’t mind the shop mixing them up. The price was decent and so was the flavor. It didn’t look amazing, but it's what you can expect from pressed weed and hash. I look forward to trying the other new Cookie products! 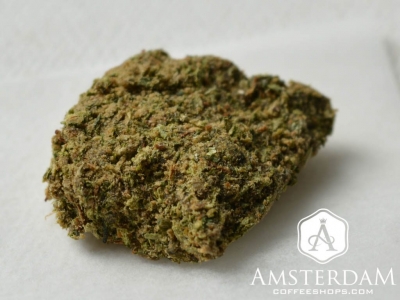 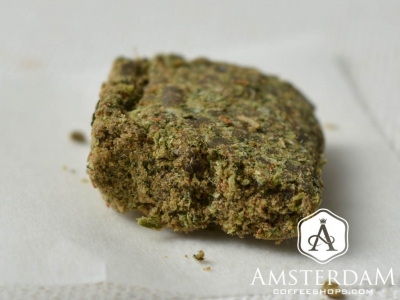 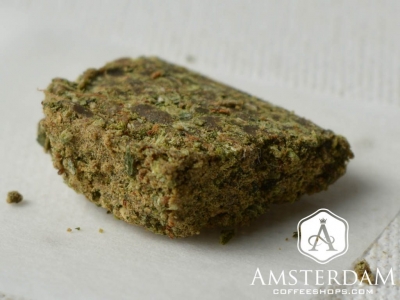 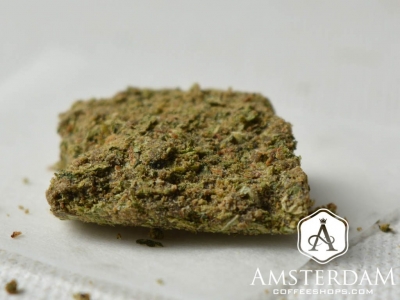