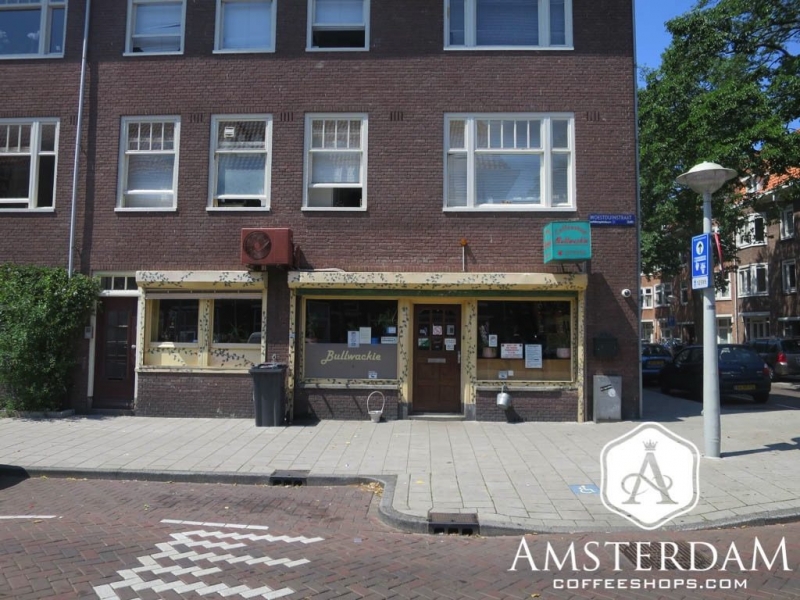 Bullwackie Coffeeshop is found on Woestduinstraat, a relatively quiet residential street in the Hoofddorppleinbuurt section of Amsterdam South. This roughly translates in English to "the neighborhood around the Main Village Square." This square (Hoofddorpplein) is just a short walk to the east. There is a small park in the center, and it is bordered by a series of small cafes, restaurants, and pubs. This is a lively area during the evenings; quite popular with residents in the neighborhood.

The name of this shop pays tribute to Lloyd Barnes, a music producer better known by the name Bullwackie. Originally from Trenchtown Jamaica, Barnes emigrated to New York during the mid-1960s. There, he founded the independent reggae music label “Wackies.” During the 1970s and ‘80s, they were known for their influential music, which melded traditional Jamaican reggae with the urban vibe of the underground New York music scene.

Inside, Bullwackie has a traditional Dutch vibe. The décor is simple, without much by way of amenities or frills. It is a practical shop. They have cannabis. They sell it. There is no pretense. The shop caters mainly to locals, so they are not really trying to impress tourists. Though all are welcome here, the shop is tailored for short visits. There is no smoking lounge. For some time now, Bullwackie has been operating exclusively as a take-and-go location.

The cannabis menu at Bullwackie is modest in size. On the weed-side, expect maybe 10 items or so. They do not really chase contemporary genetics much here. Instead, they seem to focus on recognized old-school favorite strains. Though the selection is a little smaller, this shop probably places more emphasis on hashish, specifically Moroccan imports. This is perhaps owing to its higher consumption (vs. weed) by local residents. They also have a decent selection of pre-rolled joints, if preferred. As you might expect, prices tend to be a more favorable here compared to the more tourist-focused shops in the Centrum. 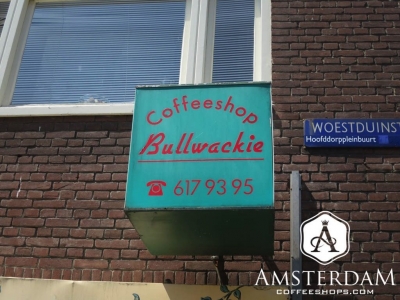 I buy there the bullwackie special .it was amazing good.it was also verry cheap and i get discount when i took 5 gram