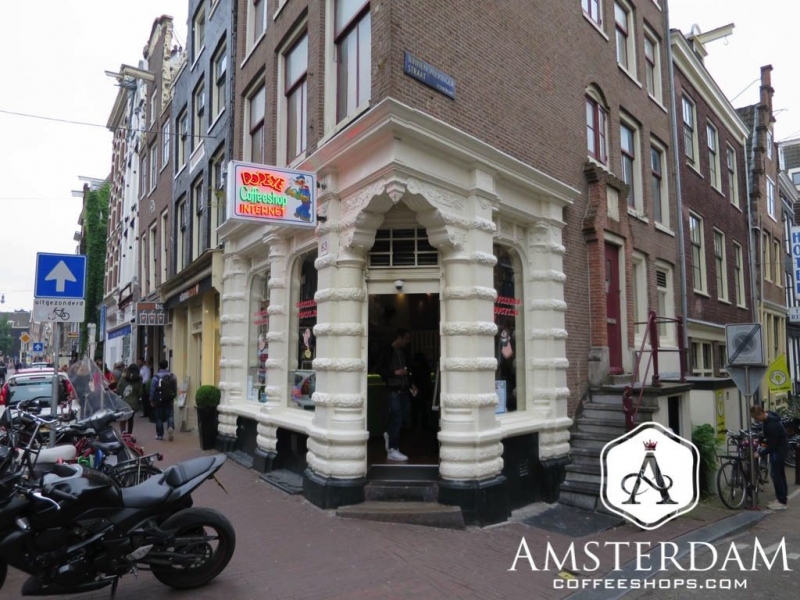 Popeye Coffeeshop takes its name from the classic comic strip character “Popeye the Sailor Man”. His image, along with that of beloved Olive Oyl and nemesis Bluto, can be found on the shop’s three large, front windows. Popeye himself is also on the neon sign out front. Instead of holding a can of spinach, however, he is puffing on a big green water pipe. While Warner Brothers (distributor of the copyrighted work) might not appreciate a coffeeshop using the likeness of the character, they do not have any claim to it since the original Popeye comic strips entered public domain in the EU back in 2009.

The interior is quite warm and welcoming. It is not large, but does have three distinct levels. The main floor has some chair and bench seating, as well as the counter for ordering cannabis, drinks, and hot food. There are additional seating areas on an elevated platform towards the back of the shop, as well as downstairs. One thing to note - while the cartoon characters can be found on the windows and menus, they are not really seen elsewhere in the shop. Furthermore, the décor is more of a cross between Indian and abstract art and makes for a very comfortable setting.

The cannabis menu at Popeye Coffeeshop is fairly large. In the weed section you will find a broad list of strains. There are many contemporary items here, which sit alongside traditional Amsterdam favorites. The hash selection is smaller, but still robust. The items are mainly imported pressed hashes from the usual places such as Morocco, India, and Nepal. You are also likely to find Nederhash here as well, also known as high potency bubble hash. Pricing can also be quite reasonable depending on what you order, but expect to pay for several “premium” choices.

Popeye also has a large breakfast menu, which is not common among Amsterdam coffeeshops. As one might guess, it can be especially popular in the mornings, serving eggs, pastries, and even a full English breakfast, to enjoy with your smoke.

Popeye Coffeeshop fits in nicely with the surrounding “trendy” neighborhood. Haarlemmerstraat is home to some of the city’s higher-end coffeeshops, which tend to offer larger cannabis menus and more services to their customers. In this regard, Popeye does a good job of keeping pace with the competition, even getting out in front at times. 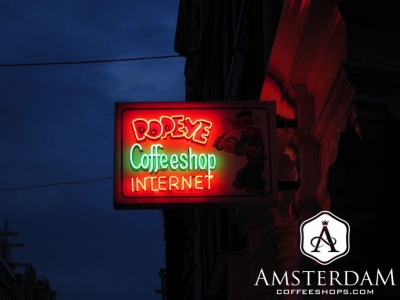 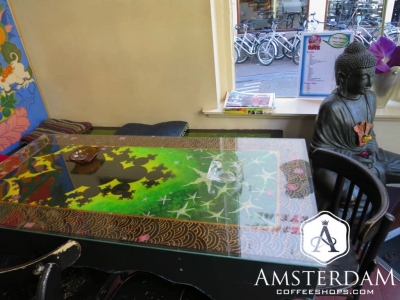 Popeye Coffeeshop is a unique establishment in a trendy area of Amsterdam. They have a robust selection of cannabis, and a substantial hot food menu. This is a very good coffeeshop, worth a visit if you are in the area.