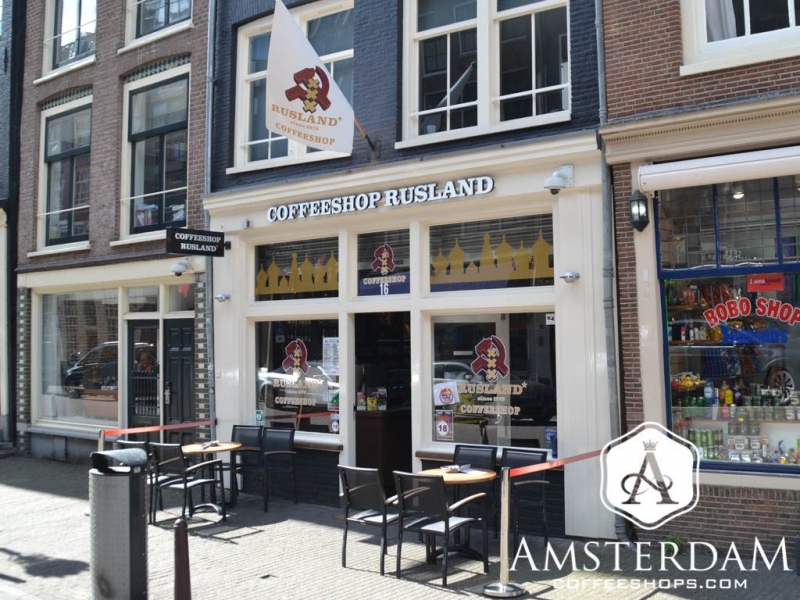 Rusland Coffeeshop is located in the old city center known as De Wallen (“The Walls”). It is outside the Red Light District near the southern edge, not far from Dam Square. Rusland is actually found on the street of the same name. The word in Dutch translates into “Russia”. This is something the shop seems to have embraced with great enthusiasm. For this is the city’s only Russian-themed coffeeshop. This is a fact made obvious with the shop’s logo, which incorporates the traditional Russian hammer and sickle.

Rusland has the distinction of being the second coffeeshop in Amsterdam (though it holds license #001). There is a bit of history so let’s explain. The first was Mellow Yellow which opened in 1972. Rusland opened its doors on April 30, 1975. The Bulldog 90 opened in December of 1975 which would make it the third coffeeshop. However, and this is where it gets murky, Bulldog sold weed when it was a sex shop in 1974 making it to some, the second coffeeshop to operate in Amsterdam.

Today, Rusland stands as the oldest coffeeshop in the city after Mellow Yellow closed its doors due to new zoning requirements in 2017. Though the shop has not moved, the interior of Rusland has changed a lot over the years. It began as a really small place on one level; very basic. Now Rusland in its current form is anything but. It now has a split-level interior that is luxurious and spacious. The décor is beautiful. The front of the shop has the appearance of a gourmet bakery or coffee/tea shop. Further in, the upper seating area is plush with comfortable leather benches. Downstairs is the shop’s named “Poetin Lounge”. This area has additional seating, a large glass display case full of bongs and souvenirs, and an enclosed smoking room. A large oil painting of the Russian leader sits at the entrance.

Rusland is one of the nicest shops in the city when it comes to décor, and hosts a warm, chill atmosphere.

The cannabis menu is very good here. On the weed-side they usually have a dozen strains or so; some contemporary, some old school. They are perhaps better known for their hashish, which tends to be excellent. They really seem to like imported soft dark hashes here, but also have some higher potency domestic isolators too. They have a big selection, and really keep the quality up. Decent edibles too. 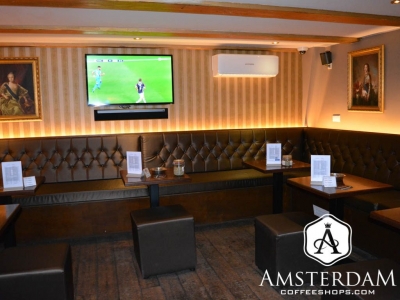 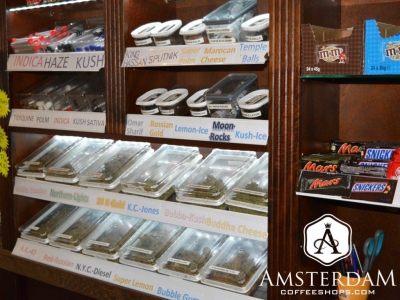 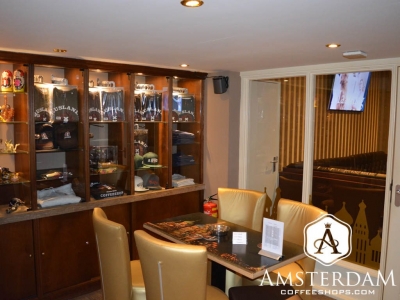 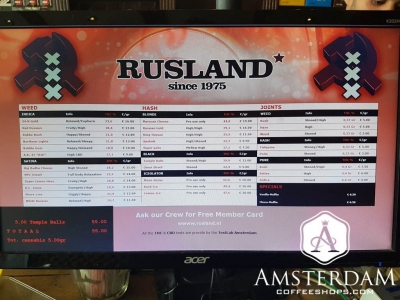 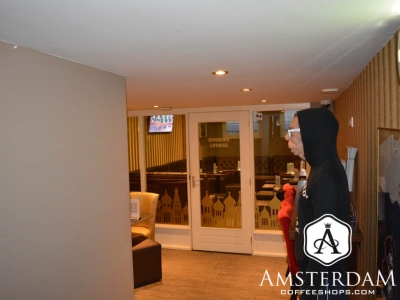 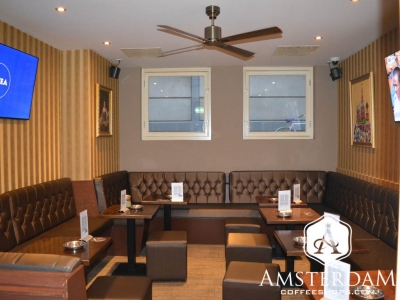 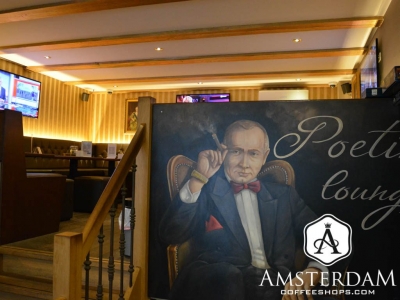 Rusland Coffeeshop is a historic coffeeshop with an updated (modern and classy) decor. This shop is clean and comfortable, and hosts a large weed and hash menu. This is an excellent establishment, worth a special trip.